Click on and see the RESERVE on Bootsie!
Guess who will be his new Mama.....

Forgot to include the link...here it is,

What is bootsie please?

Oh happy days....
Bootsieif the name
Will remain you are I for a treat a. Useless and the time of your life👌

Bootsie looks like a lovely boy... and I love his name

Got confirmation tonight, he is reserved to me.
Just hope we click when we meet.
His name now is Reboot .... Reboot McGregor.

Sorry hunnis, having a dozy moment again. Bootsie is adorable. If I would looking for a bun I don't think I would look any further as he seems a loving friendly bunny. Oh Woodwench love, I am so pleased for you, I am sure you will be perfect for each other.

So pleased you got a bunny, how adorable, I couldn't resist the little face either of it were me 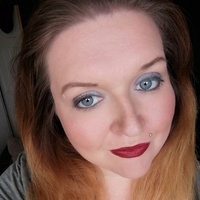 Busy buying bun goodies online and in town today. Spending way too much on him... if that's possible.
Hope to get him on or about the 24th. Not next week as I still have visitors plus I have to be out 3 days and want to be there with him as much as poss. for his first two or three weeks.
He does have a very sweet, smudgy little face.... so cute.

You really have something to look forward to love, I am so pleased.

Oh come on hunni, I am sure you will get much joy also.

I know, Jo. Just looking on the bright side (?)
I collect him (provisional date) next Mon. 24th.

Not long now then hunny

Ohhhh!! How exciting! So happy for you, Woodwench. I think you're the kind of person that needs a little furry in their life. Takes one to know one

He's gorgeous! Can't wait to get get to know him

I've spent all afternoon rearranging the dining room furniture ready to set up the crate/pen combo. The four foot dog crate is in the spare bedroom waiting for a friend to help me bring it down.
All the bun cupboards are full of food, treats and chewy toys and the hay chest is stuffed with 5 different kinds of hay. All the fleeces are currently in the washing machine and I've just ordered this pen for him ....

Gonna phone the vet tomorrow to discuss his first visit on Monday which will be enroute home from the rescue.
I'm still not sure this is really happening.

Not long now Woodwench love. You deserve another furry in your life and we look forward to meeting him.

Happy gotcha day is coming close for both of you!
Good
We want to hear about reboot mc grecors antics

You deserve some happiness hunni.

Had a panicky time.... yesterday, at 6-10 pm, when the crate/pen was set up and everything ready for the homecoming, I realised with a jolt that I had forgotten to buy in megazorb. I had nothing to put in his litter tray.
This morning at 9 am prompt I was phoning my local pet shop hoping Paul would have a sack in. He doesn't keep a lot of megazorb because of the space it takes up in storage, so there was every chance he wouldnt have any. But he did, PHEW!
So I got a taxi and went to fetch it. With a £28 taxi fare that has to be the most expensive megazorb on the planet! And all to have a bun poo on it!

Ha ha, cannot wait to hear all about the little love.

Similar topics
» Glue-ups: or - can you guess what it is yet ?
» Guess how many tomatoes are in a bushel basket
» Guess the designer! **DESIGNERS REVEALED**
» CONTEST: Guess total vine length of my rampicante squash!
» start of the rainy season--guess when?