Our darling Flopsy was helped to the bridge today

Angie (Bunnymadhouse) rescued Flopsy and took her in, Flopsy was around 4 to 5 years old and was unwanted by her previous owner, she had headtilt from a long standing untreated ear infection, Angie did a marvellous job with her, had her treated and got her speyed but realised that she was a special needs bunny, I offered to take her and around 5-6 months after Angie took her in she came to live with us, that was in November 2010.

We got Flopsy to bond with Barney who had lost his partner, Flopsy had other ideas and beat up every rabbit she came in to contact with, but she did however, bond with Roy, she followed him everywhere and she was known as Daddy's little helper, wherever Roy was you would find Flopsy

3-4 months ago Flopsy was very poorly and the vet thinks she had a mini stroke, since then Flopsy has walked sideways and sometimes her balance was a bit off, we brought her indoors and she loved it, she really settled in to being a house rabbit and very often went and visited other house rabbits in other rooms and would wander all over the place, she recovered quite well but we were worried that she might have another stroke, her sideways walking became worse and on Tuesday evening her back left leg gave way and she was unable to use it, it kept buckling underneath her and her foot was at a strange angle.

I contacted the vet first thing on Wednesday morning and got an appointment, I took her in and she was x-rayed, sadly I wasn't prepared for the outcome, she had a fracture of the left ankle as her bones were crumbling from a bone tumour, sadly there was nothing that could be done for her and we made the decision on the vets advice to help her to the bridge 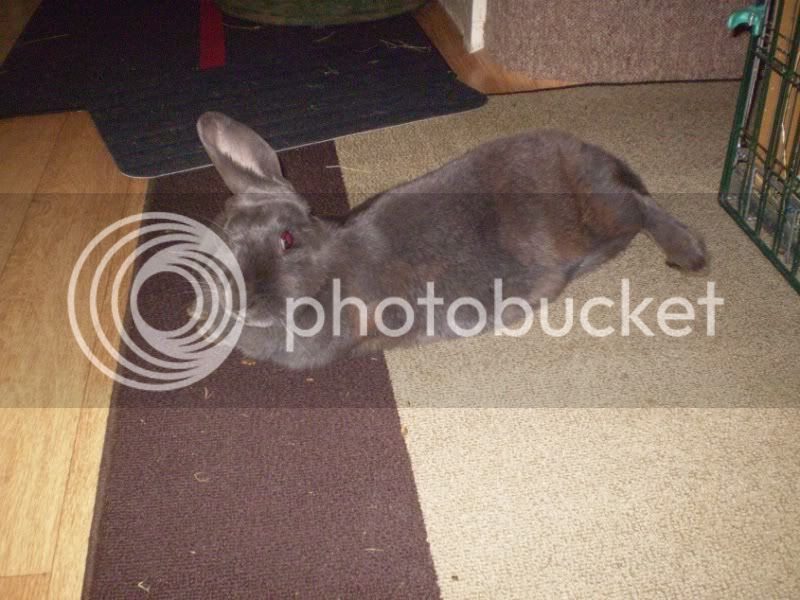 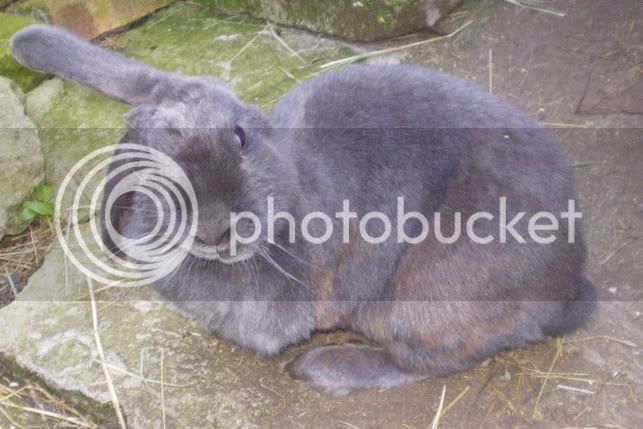 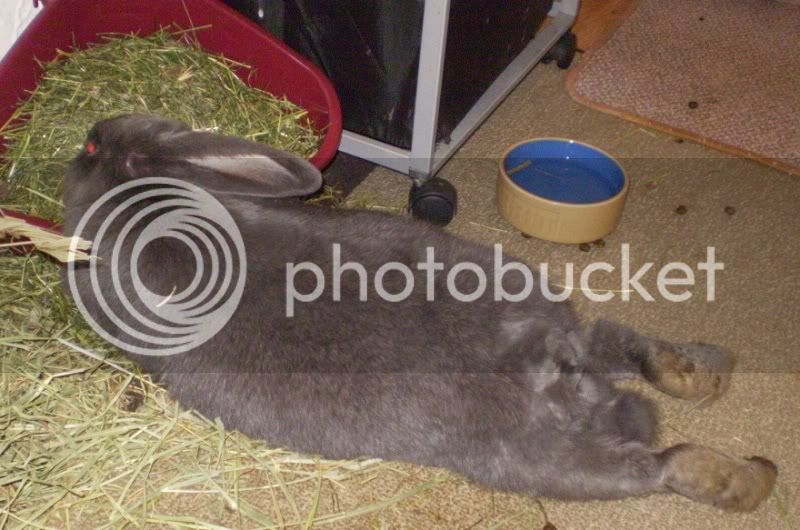 Helping Roy smash a hutch that had been donated to us 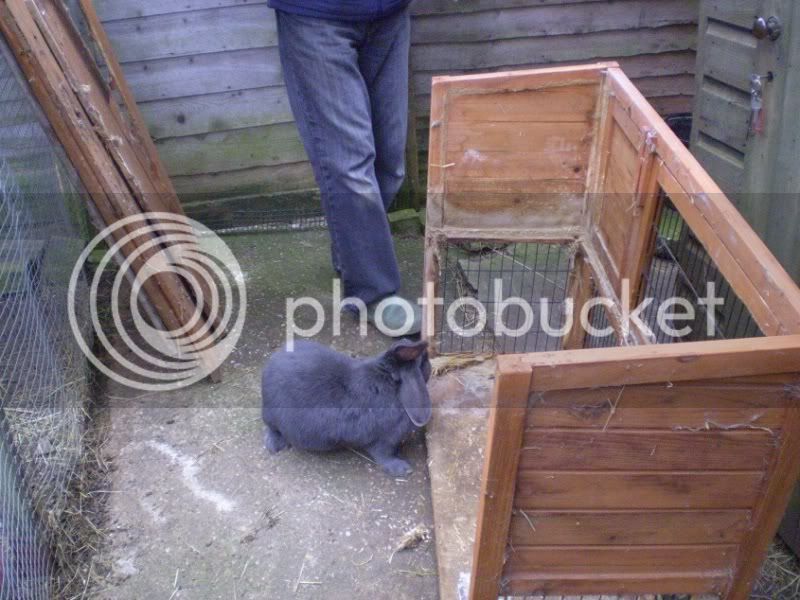 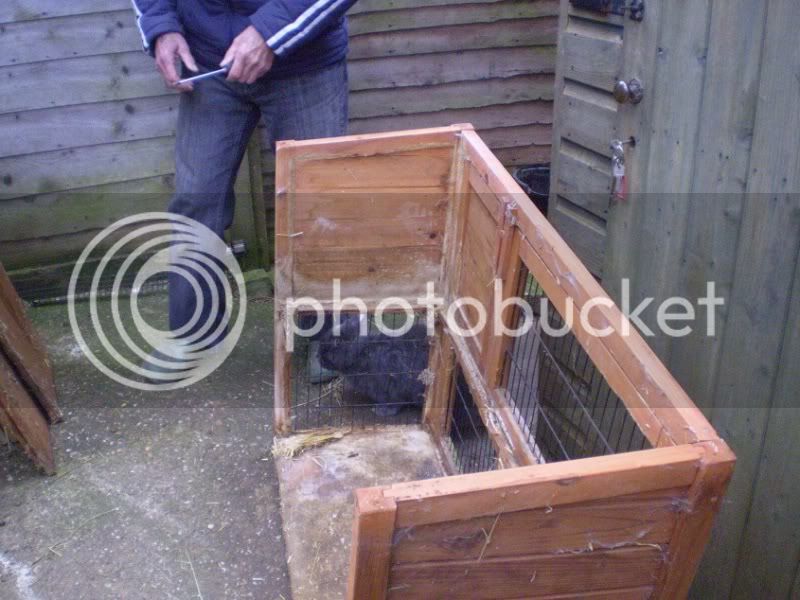 Flopsy, we are heartbroken, your Dad is in bits, we are so sorry we couldn't help you anymore, thank you for coming to live with us and for bringing us such joy for the last 14 months, we miss you dreadfully and our house will never be the same without you, we love you so much sweetheart

Binky free at the bridge, have fun when you get there, go and look for Mack and Mabel and Lily-Hope, they will take good care of you, love you always xxxxx

That is such a sad and an uplifting story at the same time. She came to you with all sorts of illness and without having known real love and got to experience that before her wee life ended. I love the photo with her and Roy. She obviously lived a very full life with you.

Hugs to you and especially to Roy, who must be missing his helpmate so much.

So sorry to read this, RIP Flopsy, and

to you both x

So sorry for you loss, she looks such a sweetie

Sorry to hear this

I remember you posting about her being ill

Oh no, Im so sorry to hear about gorgeous Flopsy. I remember her rescue bless her and the amazing recovery she made.

You must both be heartbroken, Roy must be missing his little shadow.

Sending you both lots of love x x

She was a beautiful girl.