I will put up a picture or two of her in her better days.

She was a lovely little thing.

I know I have'nt been around much recently. I've been having some issues recently.

I had to get another Photobucket account , it was getting desperate the amount of pics I take. Needed more rom to host them.

Thanks for your support ladies.

Trinny : I must say Dickie it realy is very relaxing up here on the flatscreen

Dickie : Oh I would most certainly have to agree with you on that one Trinny dear.

Dickie : Hey Trinny have you heard the latest gossip, im sure I heard that the Webcam is going out on dates with the Modem.

Trinny : Oh Dickie you are such a liar, im going to bed.

Dickie : What did I say

One Sunday on the way home from my cousin Stuarts house on the ExPostie , something in Albert Rd South Norwood passed me low down to the ground.

At first thinking it was a piece of paper I got off me bike to find this lttle one wallowing in the middle of the road . I spent a couple of minutes chasing a budgie across the road , it was obviously exhausted allready because it was could hardly go above my knee height.

Eventualy our luck ran out and just as a car was coming along this busy back road I managed to make a grab of it in my left hand , this being the only time it made any noise . After an initial struggle I was able to walk back to my flat with bird in hand and ExPostie in another.

The temperature that night got down to +3.oC that night and on Monday it was only +4.0C so it was just as well I found the little one , as well as Foxes , Magpies , Crows and other possible predators may have made swift work of a tired budgie overnight.

I had a good look at I after I got back to my flat and came to the conclusion that it was a young female judging by the brown on the cere , budgies usualy have an identity ring on one leg but on this case there was no such ring.

She was'nt pooping in anyway so obviously she had not eaten for some time and I had put her into my domed cage made of a lightweight wood and hung her up from a hook on the ceiling . I was'nt till the morning after that I noticed she had been eating and drinking.

My cousin Stuart always said I was one for picking up the birds , but he did say the feathered variety some time back . And shortly after losing Buzz at Staplehurst in 2007 , at the age of over 12yrs , a bird I found back in 1995 on the Sea from defences at folkstone. ( Could have been a French Lovebird ) we offered it to Auntie Eileen but she declined.

So due to finding her in Albert Rd I decided to call her Victoria . Of course if it does turn out to be a male if it should lose what brown there is on the cere , I dont realy fancy calling the bird Albert.

Victoria portrait on the flatscreen 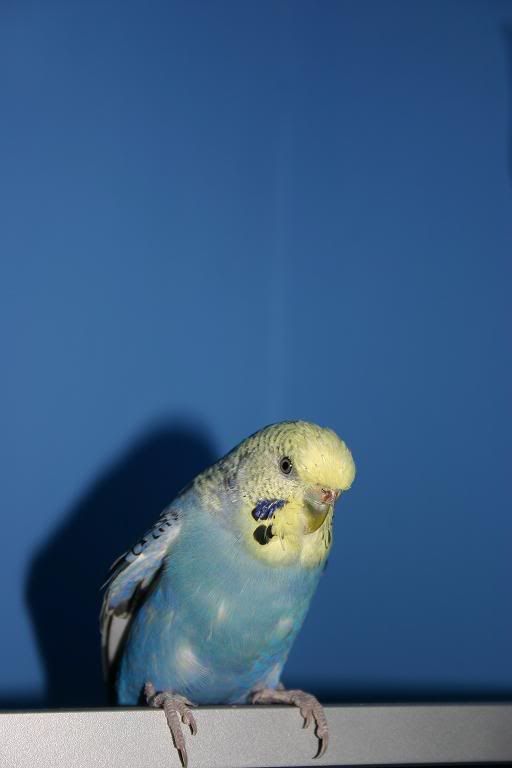 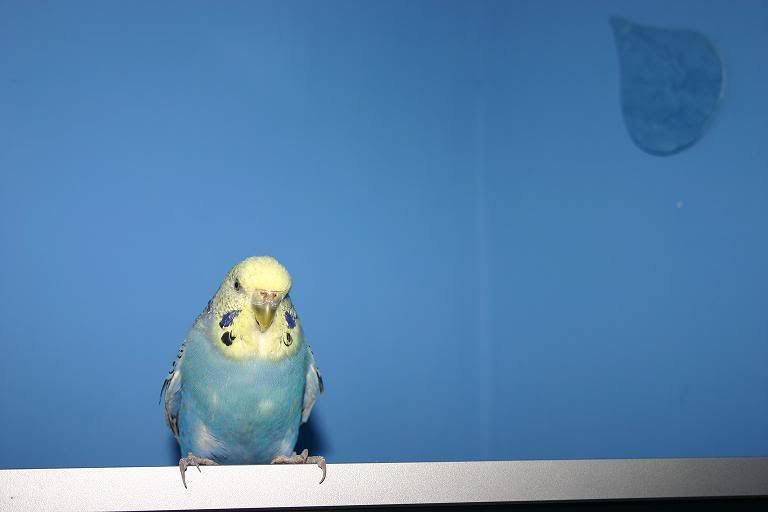 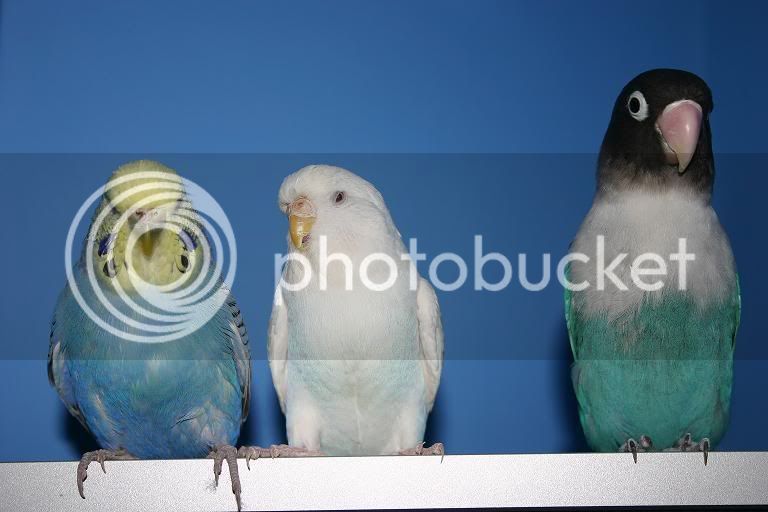 Victoria did'nt last long. She was a rescue and I had her for all of 6 to 8 mnths. She was batty and burned herself out.

I thought I better slap up some pics of a few of my late pets , I spend enough time hovering around , but I have not posted anything recently.

Some old unseen pics of Dickie and Trinny

Dickie on the swing part of the Java products I got one year , the current theme in my living room at the time had been Reed Snowflakes , they came down at the end of march.

A closeup of Dickie on the Java swing

A close up of Trinny my late Albino budgie girl , no doubt I used the Circular polarising filter at the time on this picture to cut down on the back flash , instead of looking like a white blob with blurred pink eyes , I can actualy get a decent picture of her now.

The Java stand and swing attached to it ,the java products are hanging on Dickie's cage which is situated in the front room , thats both dickie and Trinny but alas my camera has focused on the cage or wall and not the birds.