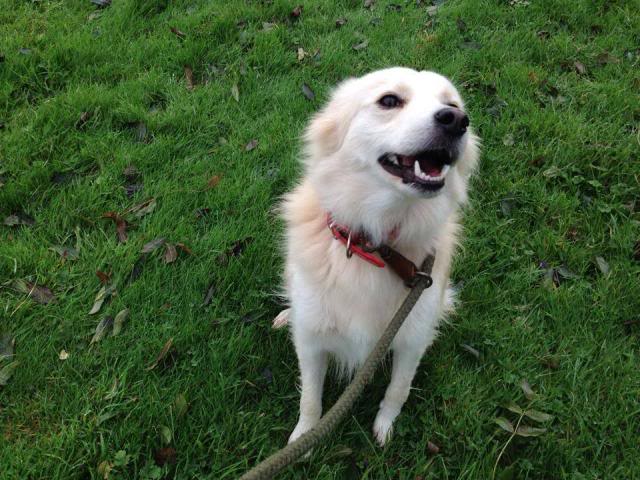 This is Hachi who is a crossbreed who was rescued from Romania. Hachi used to be a street dog, but it is common for dogs to be poisoned (Strichnene Poisoning is often used as are dog catchers who kill them as pest controllers do to wild rats in the UK - street dogs are seen as vermin there) and this was likely to be his fate. 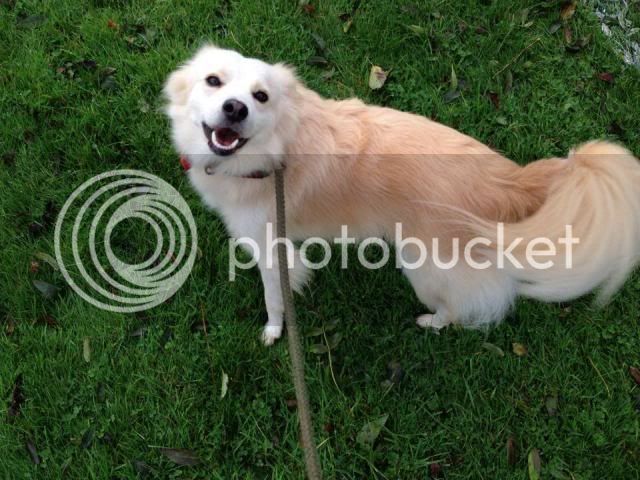 Hachi found it hard finding a rescue to help him, so as a special favour we agreed to take him here.

Hachi has a lovely nature with people he knows and trusts, but can be worried about men (he was badly treated by them in his original country). He is also nervous round dogs that he has never met before. This is only an initial fear though as he was very sociable with dogs in his own country, but these dogs are not who he knows and his pack in Romania were his family and hence he was not scared of them.
Hachi could live with other dogs but it would have to be a submissive ***** and introduced over a few hours. He needs to gain confidence around new dogs. Hachi would like to find an adult only household.
Hachi can be guardy round his food with other dogs and although he shows no food guarding around people, I will not be homing him with young children.

Hachi will need someone who is willing to brush him every day to ensure that his beautiful coat stays in tip-top condition. He will also need an owner who is understanding of his needy ways.
He does not get seperation anxiety (he is not noisy or destructive when left) but if people are around he feels the need to constantly look for cuddles and attention to the point of throwing himself down in front of you.

Hachi loves his walks but cannot be let off lead at the moment. He gets far too easily distracted so his recall training will need to be worked on.

Hachi is reactive to cats so he cannot be homed with them.

Hachi has been neutered, fully vaccinated, microchipped, wormed and defleaed.

A homecheck will be carried out and minimum adoption fee of £150 applies.

That's such a sad story. It's horrible to think that's the fate of so many poor, innocent dogs

I hope he finds a lovely new home. He sounds as lovely as he looks

Still looking for a home

Oh I don't believe it

he's gorgeous and the separation anxiety can be sorted eventually with an animal behavourist. This is such a shame as he's a lovely happy looking dog

Still looking for a home.

He's such a stunner. I hope someone comes along for him soon

How sad, just hope he will find a loving and caring hoe

He reminds me of max a bit, I miss max and zak, I would rescue him if I could. I love dogs so much but not ideal de to cost and stes health. I may convince him 1 day , plus wirth dougal and being a small house it would not be a good idea. I may win the lottery one day if I ever played it

then I can buy a massive house and have lots of dogs and rabbits.

My cousins reascue dog kipper hated men at first too but now he loves them more than women.

Hachi is looking for a home

Still waiting for a home

This gorgeous, happy boy is still waiting for a home.

Hachi has been with us for just over 3 years now. At first, he would bolt when offlead, but with lots of work we can finally do this;

That was so lovely to see

I know that amazing feeling you get when working with troubled dogs who finally start to turn around - it's awesome and nothing beats it!

Looking for a home.

Hachi has now gone to a new home