Bobbin came to us in early July of last year from Honeybunny's Rescue. He had been rescued from very bad and sad conditions and had known very little care in his first six years of life. His overgrown and deformed claws a testament to his neglect.

We adopted him as a partner for Hollie but things didn't go as planned as much to my surprise she was very aggressive towards him. I am sure some of this was due to Bobbin having no idea how to react around her or understand bunny body language. He just seem shell-shocked by her presence.

However Louise agreed to adopt him to live alongside Hollie in the hope that eventually we could get them to bond and even if we couldn't at least they had some bunny company.

Bobbin soon gained confidence and began to blossom. Louise was so thrilled when he binkied for his breakfast for the first time and as his new coat came through it was so soft and shiny. He soon learned to recognise when treats were in the offing and seemed happy to converse with Hollie albeit through run panels. He liked to have his nose rubbed but stiffened up when his sides or back were touched, we did wonder if this was a legacy of his earlier life.

We did have a few attempts at bonding them, but to no avail. And then, at Easter Louise felt the time was right to try again. And she was right, with her patience and persistence Hollie finally accepted Bobbin and Bobbin started to trust her. I cannot tell you how thrilled we were that they were together at last. After Bobbin being alone for so long it was magical that he could experience a bunny relationship. When I visited, watching them together made me smile.

And then two days ago, Bobbin started to have problems breathing. An Xray showed his lungs had tumours and he was allowed to slip away whilst sedated.

It is so cruel that he only got ten weeks living with Hollie. I wish he could have had longer but am grateful that he was rescued and found love and a bunny friend in the end. 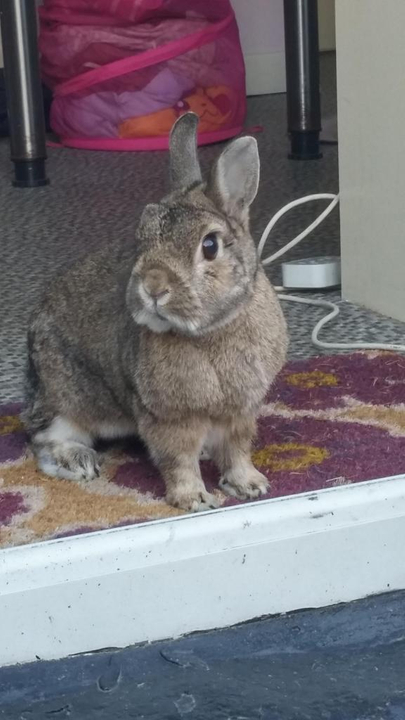 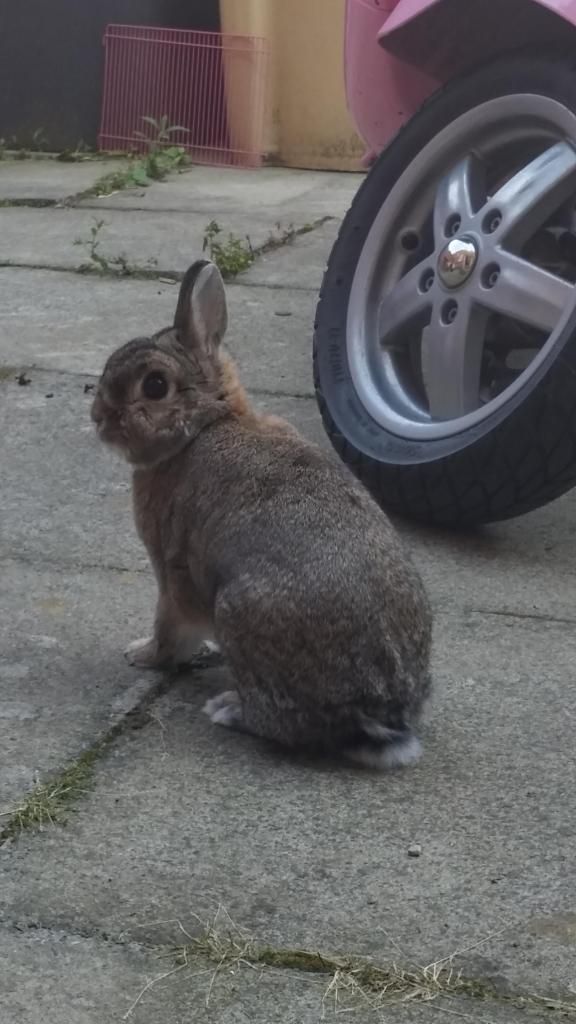 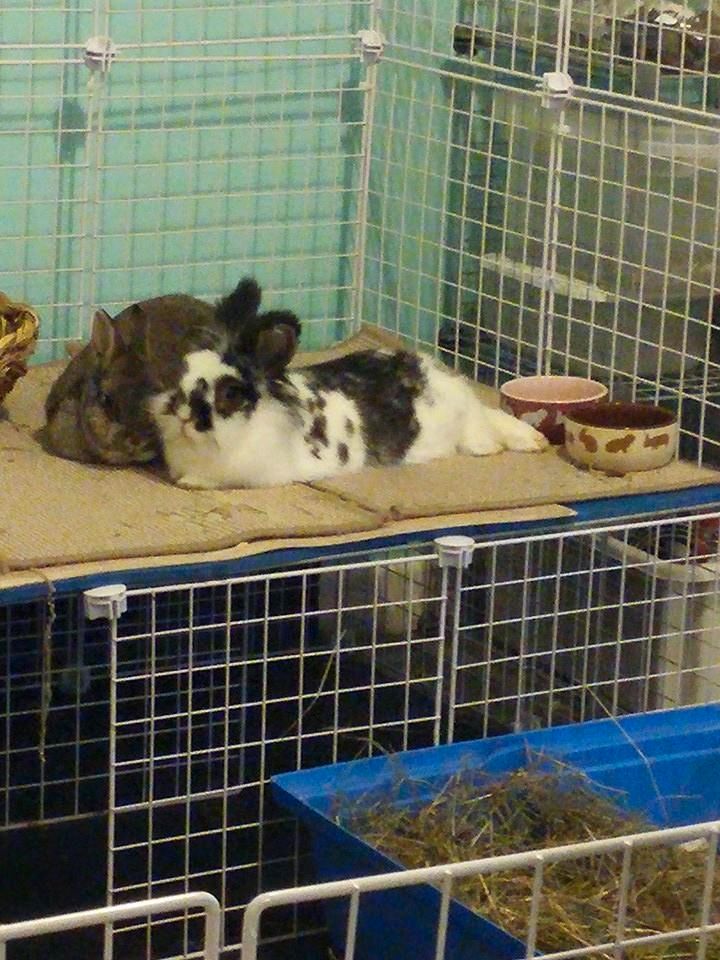 he was such a gorgeous boy. Im so glad that he knew that humans could also be kind and that he had the love of another bun even if this was just for a short time.

Please pass on my love to Louise also, she must be heartbroken too x

I am so very sorry my darling, he was adorable.  Lots of cuddles and hopefully some comforts on the way.

This is so sad

Oh this is so upsetting! I remember when you posted the photo with the bike. Such a cutie.
Off to the bridge little Bobbin.
And for you love no words but hugs and comfort vibes. To Loiuse as well. Please let her know that we are thinking of her.

His story is so sad. I am so glad he knew love and the company of a bunny friend for a short time though - thank you for giving him that.

Thinking of you and Louise at this very sad time

It's so sad when a pet leaves us Thinking of you

he really was lovely, his head had the look of my old nethie rosie xx