Thundercracker is in bunny jail as it has been discovered not only has he ruined my good jacket he has had a go at my bunny cushion which has soundwave on it and has had a go at the couch.

He has escaped that much he has lost his bed which made the pen more flexible and moveable so he was doing laps of the dining room at night in it.

I have been a bad mummy and shortend the pen size slightly and daddy is going to brace the joints on the pen so it wont move.
We finally have a plan to end the bunny war, he may have won all the battles but we are going to win the war 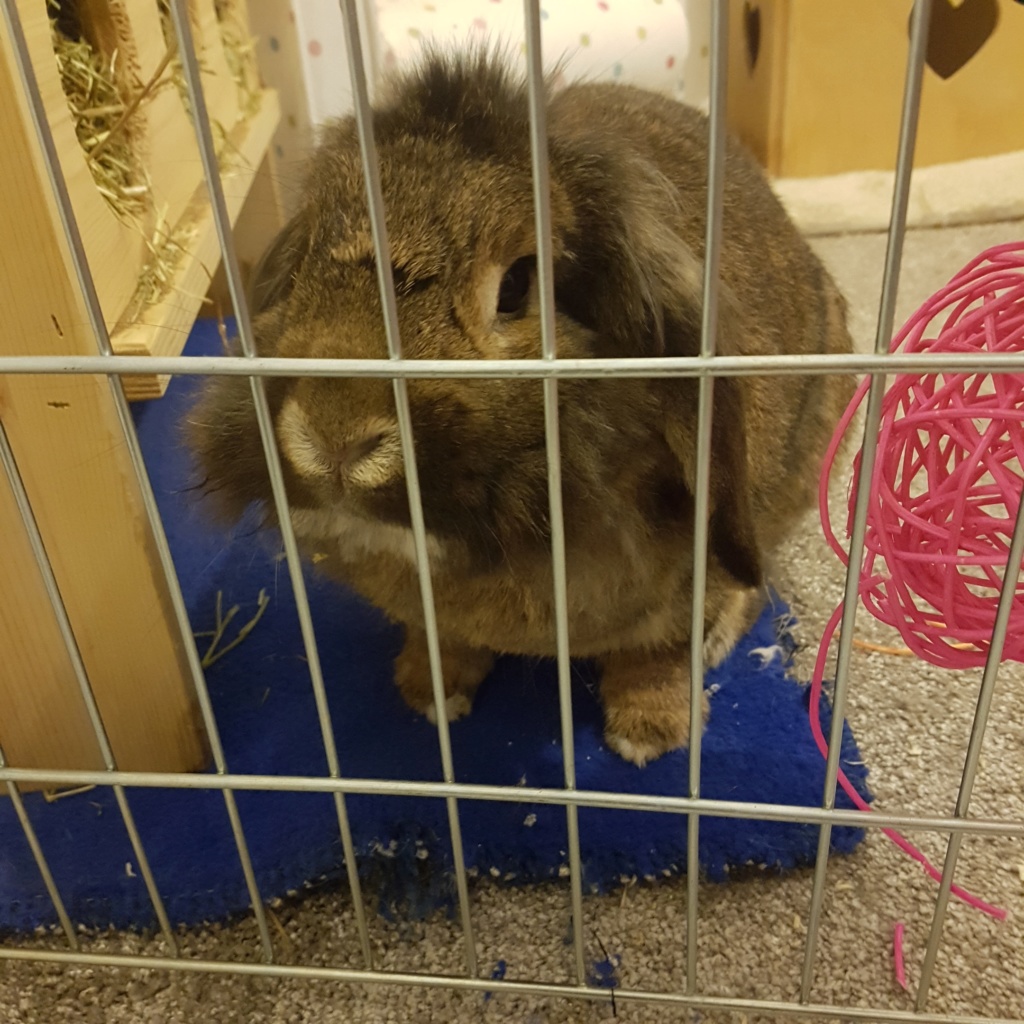 Poor lad. I think all this naughtiness is down to the cushion.... he keeps seeing the image of another bun and he feels his position as the 'big-love' is threatened by that other bun. So he is doing his best to get attention and having ago at the said cushion is only a release mechanism for his insecurity and frustration. As for the coat and the sofa .... well, he probably thinks you put too much emphasis on material things and he is just pointing that out.

Mmmm are you his defense lawyer woodwench ha ha ha

Similar topics
» Processing a fluffy bunny into meat (WARNING, the title says it all!!!)
» Bunny Waste in Compost??
» A rather odd baby bunny
» Can I add this to my compost pile?
» General Day-to-Day Meaty Chat